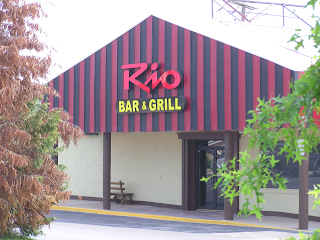 According to the sign on the door they will be open Sunday 12:30 pm to 11:30 pm, Monday through Thursday 11 am to 11:30 pm, and Friday & Saturday 11 am to 2 am. There are pool tables and air hockey and darts and bar top video games, as well as sports channels on large screen TVs around the bar and large silent projection screens on the back wall visible from the bar and dining area. Music comes from a jukebox on the back wall.

For now they are not using the outside deck. They are still hiring wait staff and other positions.

See this link for quixotically updated news & other information about the Rio Bar & Grill (formerly the very problematic establishments Club Amazon and before that Dinosaurs).

I'm SOOO glad BGE electricity rates are going to be "stable" - and "only" 50% higher -- at least until the new "market rates" take our BGE electricity bills even higher than that -- and soon.

What a relief - Whew! And here we thought the only sure things were death and taxes.

At today's May 22 Administrative Voting Session there were no surprises. The Liquor Board voted 5-0 in both cases to approve the wording of letters they will be sending out shortly to all Parties of Record publishing the Board's findings in fact and law in support of the decisions taken at the May 2 License Renewal Protest hearings for J's Sports Cafe in Crystal Plaza in South Laurel (not to renew the license, which now expires on May 31) and Sunrise Restaurant and Sports Bar in Sunrise Plaza in Beltsville, (to renew the license conditioned by the agreement made with the community).

Also of nearby interest from that Liquor Board meeting:
Sullivan's Steak & Beverage on Rt 198 at Rt 197 was approved to offer "entertainment (no dancing)" on up to 4 days a week -- apparently music and events like Cinco de Mayo, pending further specification to the Liquor Board of the actual hours for which that entertainment would be provided.

During Regular Session on May 2,2007, the Board of License Commissioners met regarding the above captioned.

After receiving a protest against the renewal of this alcoholic beverage license, the Board of License Commissioners held a hearing on May 2, 2007, pursuant to Article 2B, Section 10-302 of the Annotated Code of Maryland. At that hearing, the Board heard testimony and received evidence from the licensee, applicant, citizens of Prince George's County opposed to the renewal and from it's own inspection staff.

Pursuant to Section 10-401 of Article 2B, ten residents who live in the vicinity of the licensed establishment can institute a protest against the renewal of an alcoholic beverage license. Applying the law to the facts, the Board denied the renewal of the Class B, BLX, Beer, Wine and Liquor license for 2007-2208. Findings of fact and conclusions of law regarding the denial of the alcoholic beverage license will be formulated at the Administrative Voting Session of May 22,2007.

Should you have any questions, please do not hesitate to contact our office.

(Image of letter in PDF)

WSSC, There They Go Again

Lightning does strike twice in the same place, and so does the WSSC. Sometime before 3:30 pm Tuesday afternoon May 8, the second time since January 4, a contract crew working for the Washington Suburban Sanitary Commission abandoned work in progress in the west-bound lane of the 9700-block of Murkirk Rd (near Montpelier Mansion), leaving a dangerous tank trap 6 feet long, 10 feet across, and 4 inches deep -- without any traffic control barriers, signs or cover plates. See pictures below

A cast-iron pipe stuck up 8 inches above street level -- but not for long. One of the first cars to fall into that hole clipped off the cast-iron pipe, which severely damaged the car's axle, according to the young driver who can't afford to get his car fixed because he can only afford the legally required liability insurance (to protect other drivers) not collision insurance to protect himself.

One resident spent 3 hours waving at cars coming at speed from the very nearby Rt. 197 intersection, to slow them down to avoid further vehicle damage or personal injury. He called WSSC and DPW&T but after over one hour no one had responded to the scene. Then he called County Councilman Dernoga's office. After Dernoga's office called WSSC, the WSSC finally sent out a work crew to assess the situation and then sent a second truck which covered the excavation with asphalt by 6 pm, before dark when the situation would surely have become even more dangerous (as it did on January 4) .

It is inconceivable that a work crew would abandon work in progress leaving such a dangerous situation -- not only once but twice at the same location. There is something seriously wrong with the standard operating procedures for WSSC's road work contractors.

If you were injured or your car damaged at that WSSC work site on May 8, most auto insurance policies will cover your damage or injury and subrogate payment by the WSSC so your deductible payment will be reimbursed to you. But if you need other compensation beyond your own insurance coverage, contact the WSSC's claims representative, Phil Sherman, 301 206-7094. If that doesn't work, contact the office of County Councilman Dernoga 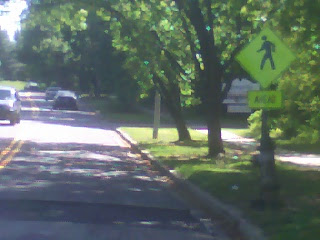 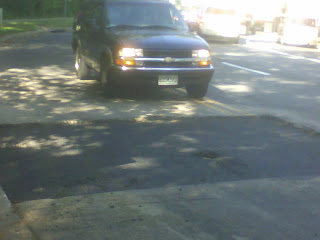 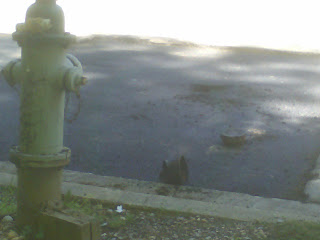 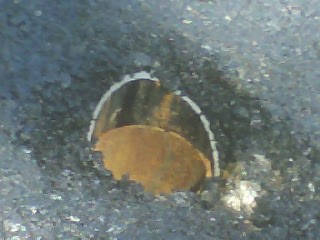 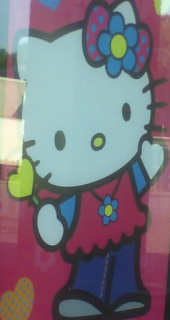 If you have not yet visited the Dollar Inn in Crystal Plaza next to Bottom Dollar, you are in for a treat. In addition to supplying your essential Hello Kitty needs and other Asian knick-knacks, they have a surprisingly robust inventory of daily necessities with "nearly everything for $1" : school supplies, electrical and electronic thing-a-ma-bobs, cell phone accessories, greeting cards, household supplies, party supplies, snacks, big $1 cold soft drinks, $2 baseball ball caps, clothes, health and personal grooming, and of course toys, etc. The Dollar Inn owners owned the Chin Tao restaurant that was burned out a few years ago by the arson at the adjacent Delaney's Irish Pizza Pub. Our community is fortunate they decided to reinvest in a new business at Crystal Plaza. They are open seven days a week, 9:30 A.M to 10:00 P.M. And they take all credit cards. So, please drop by and discover this gem in Crystal Plaza.

"The Prince George’s County Board of Commissioners revoked the liquor license of J’s Sports Cafe on Route 197 at a May 2 protest hearing, during which more than 50 elected officials and area residents showed up to voice their opposition to the controversial establishment." See the rest of this Laurel Leader article , May 10, 2007. Added: Laurel Gazette article May 10, 2007 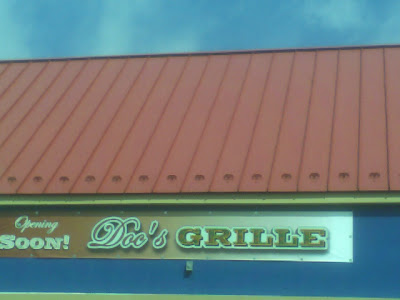 The owner of the Subway in Crystal Plaza will open his new Doc's Grille there in a few weeks, featuring high quality hamburgers and hot dogs and related fare -- there will be no alcohol.

This new family-friendly restaurant will contribute to the growing prosperity of Crystal Plaza and South Laurel.

With Osaka Japanese Hibachi, Cameron's Seafood carry-out and the Island Flavors Caribbean restaurant and the Yums and now Doc's Grille, it looks like Crystal Plaza is becoming a desirable destination for people looking for a variety of interesting yet inexpensive dining choices.