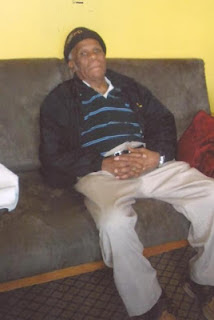 PGPD locates critical missing man, Noel George Walters, safe and sound in DC. Announced on Twitter @PGPDNews
=====
The Prince George’s County Police Department is seeking the public’s assistance in locating a critical missing person identified as 77 year-old Noel George Walters. He was last seen Thursday, April 19, at approximately 8:00 a.m., walking from his residence located in the 4300 block of Sarasota Place in Beltsville, Maryland. He has not been seen or heard from since. Walters is described as a black male with medium complexion. He is approximately 5’6”, about 156 pounds, with gray hair. He was last seen wearing a black baseball cap, black jacket, black jeans and penny loafer shoes. Walters suffers from dementia, high blood pressure and glaucoma and needs his medication. Anyone with information on the whereabouts of Noel George Walters is asked to call the Prince George's County Police Department’s District VI Investigative Section at (301) 937-0910.