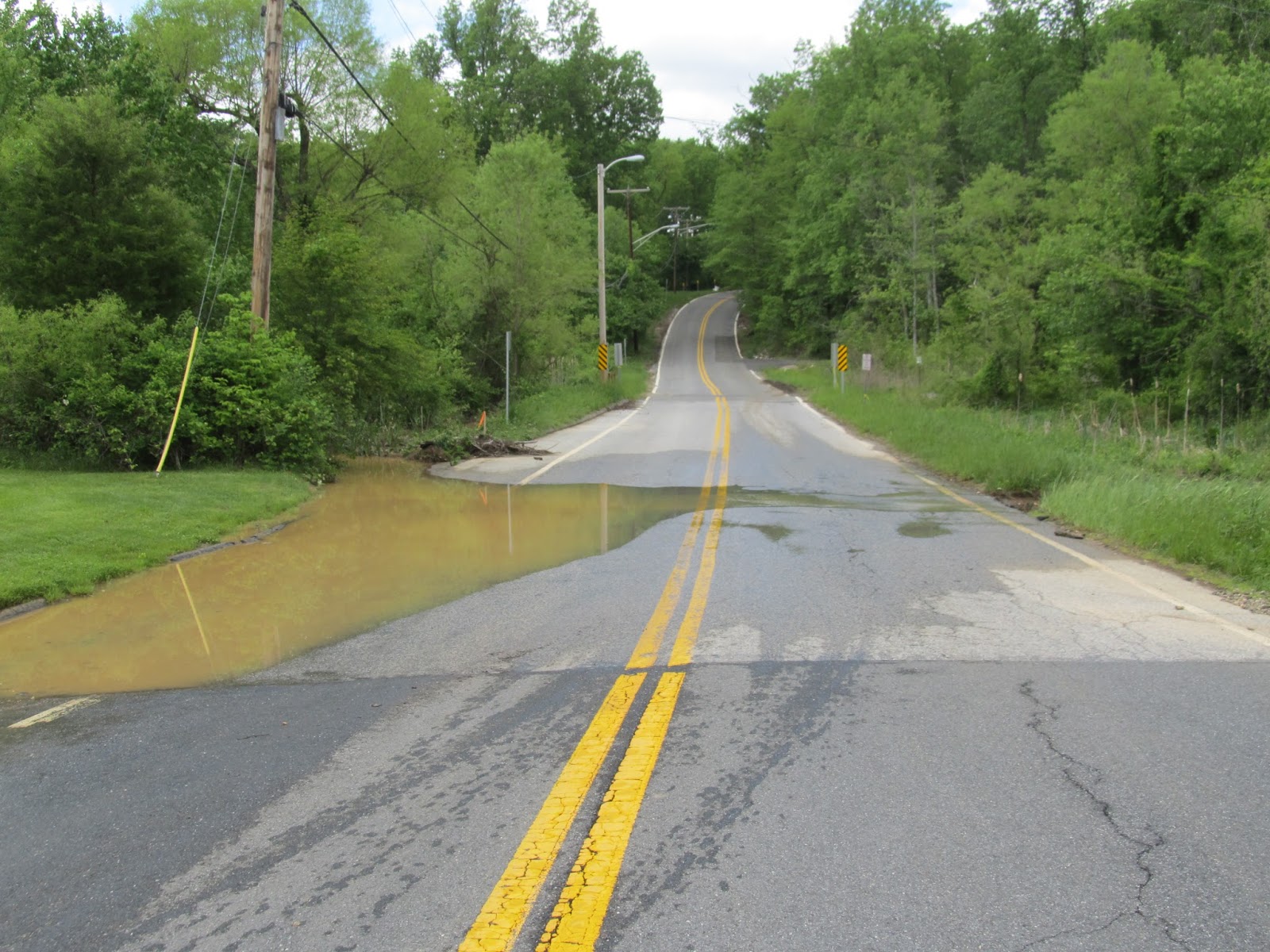 Update 2014.05.16 3 pmSo, i went there and snapped this image of the now receding flood (no road closed signs now) in a very big dip on Contee Rd just north/west of the north/west end of Mayfair Rd -- the south/east end of Mayfair Rd was not affected (near the Laurel-Beltsville Senior Activity Center) (MAP)
=====
At 2:15pm May 16, i called the Laurel-Beltsville Senior Activities Center on Contee just west of Mayfair, but whoever answered was unaware of any flooding or blocked access to the LBSAC
-gs
TRAFFIC ADVISORY
For immediate release:May 16, 2014 [received 2pm]
For more information, contact:Carol Terry
Public Information Officer
Prince George’s County
Department of Public Works and Transportation
301-883-5600 (O)
240-695-7874 (C)
Prince George’s County Announces Road Closures Due to High Water
LARGO, MD- The Prince George’s County Department of Public Works and Transportation (DPW&T) closed Brock Bridge Road at the Prince George’s/Anne Arundel County line and Contee Road at Mayfair Road in Laurel due to high water caused by the heavy rainfall.  DPW&T anticipates that Brock Bridge Road and Contee Road will reopen later today once the water recedes and the necessary safety evaluations have been conducted.
In addition, DPW&T closed Governors Bridge Road on both the Prince George’s County and Anne Arundel County sides near the bridge due to high water.  It is anticipated that it will reopen in a couple of days, once the water recedes and the safety evaluations have been conducted.
Motorists are advised to take alternate routes.  For more information, contact Carol Terry, DPW&T, 301-883-5600.