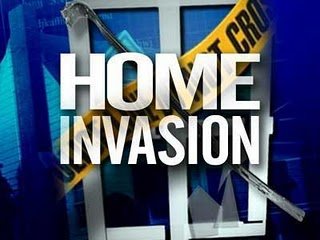 ​From: Prince George's County Police
​
Yesterday, WJLA Channel 7 News teamed up with our Regional Investigations Division, and our Media Relations Division to do an experiment in a PGPD community to expose citizens’ vulnerabilities to cunning criminals.  This experiment was originally supposed to occur in Clinton, an area that had experienced a small string of these types of home invasions burglaries. But due to yesterday’s plane crash, they moved it the experiment to Beltsville. [They wanted to move it as far away from the crash, since traffic was awful.]

Here’s what they did:
An actor knocked on random residences to find someone home. He was driving a non-descript truck, and wore a safety vest, hard hat, and ID card that was purposefully turned toward his chest so it couldn’t be read. The actor told the homeowner that he was with the ‘Water Department’ and needed to check something inside their home. In 70% of cases, the homeowners admitted this person entrance without asking any questions or verifying any identification. One person told the actor he could go into her home unattended so the homeowner could do some gardening outside.   The actor and news team never entered homes. As soon as permission was granted, they pointed out what was really happening. WJLA is planning to air the experiment in late April.

Please remind everyone to be curious and bold enough to ask questions, and to say ‘no’ with conviction, as appropriate.  It is extremely rare that a utility company would have to enter your home. You can always make the person wait outside while you call the company to verify. And don’t use the company number provided by the person at the door!

In Clinton, they had a few cases where two men approached a house, dressed as workmen.  The victims let the men inside, and while one person distracted the victim, the other ran upstairs to steal jewelry and any other valuables that could be quickly grabbed.  The County also had a couple of banks robbed by a suspect wearing a hard hat and safety vest!

I wanted you all to be aware, and share this information with your friends, family, and neighbors. Thank you, and stay safe!